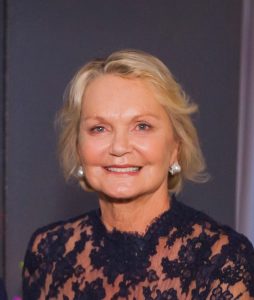 I write to urge you to introduce legislation in your state to arm patients and parents with the information they need to prevent opioid addiction. A record number of our fellow Americans– more than 75,000–died of an opioid overdose in the year that ended in April, according to the National Center of Health Statistics. Given this major increase in opioid overdoses and dependence due in large measure to the impacts of the COVID-19 pandemic, it is more important than ever to take effective action. In the 18 states where this commonsense legislation has passed, it is driving down the number of opioid-based painkillers that are prescribed annually, preventing new instances of opioid use disorder and saving lives.

Every parent, every patient has the right to know the medicines they are about to receive can lead to a dependency and addiction. That is why the legislation we are advancing, the Patient Opioid Notification Act, requires a conversation about the risks of dependence and where appropriate, the use of a non-opioid pain relief alternative before an opioid-based pain reliever is prescribed. Ensuring that a conversation occurs between doctors and patients and parents at the time it is most needed– right before an opioid is prescribed –is a simple, but extremely effective step that we know saves lives.

A Brandeis University Study of the law’s impact in New Jersey, the first state to implement the law, found that the number of patients prescribed opioids significantly decreased. In the month after the law was implemented, nearly 5,000 fewer patients were started on opioids. There was also a fourfold increase in the percentage of doctors warning patients of the risks of addiction. Prior to enactment, only 18% of the participants warned patients about the risk of opioid addiction when prescribing opioids. After enactment, 95% routinely warned patients about the risk of addiction.

I know the importance of having this knowledge from first-hand experience. My son Steven became dependent on opioid-based pain relievers after they were prescribed to treat a sports injury. Had I just been told about the addictive qualities of the medicines Steven was prescribed, I would have known to look for alternatives. I would have known to look for signs and symptoms of abuse. And I’m not alone. A national survey done by the Hazeldon Betty Ford Foundation confirms what I have learned from talking with other parents and backs up the Brandeis University Study: 6 in 10 doctors nationally prescribe opioid painkillers without telling patients that they can be addictive.

If we are going to curb this epidemic and prevent more families around the nation from going through what my family has been through, we need legislators like yourself to make sure that the people in your state are informed in real time, so this knowledge can be put to use. The need to provide this information in a timely way is underscored by the fact recent studies find that people can become dependent on opioids in as little as 5 days.

As the National Opioid Commission states, “We have an enormous problem that is often not beginning on street corners; it is starting in doctor’s offices and hospitals in every state in our nation.” Drug overdoses are the leading cause of accidental death in the United States and have more than doubled over the past 5 years.

We stand ready to assist you in any way in the introduction and passage of this life-saving legislation. If you need more information or have any questions, don’t hesitate to contact Rob Horowitz, Prevent Opioid Abuse team member at 401-829-8595 or by email at [email protected] Below is a copy of the legislation. We look forward to hearing from you.